The story of how this post came to be: I was making my post from two weeks ago (six word memoirs and sonnets with a twist) when I found these memes on Pinterest. 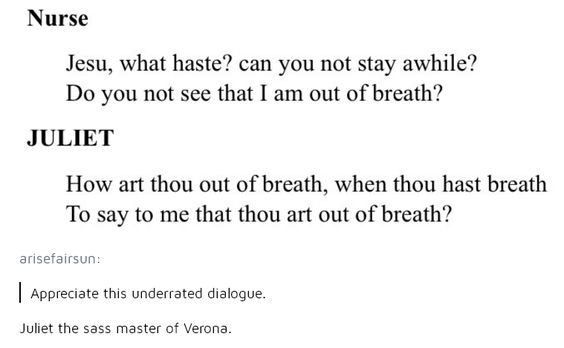 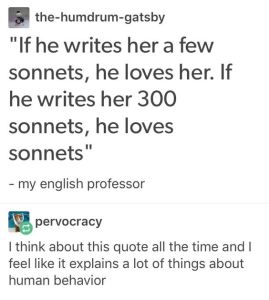 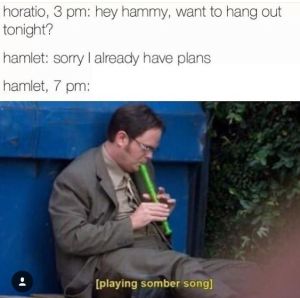 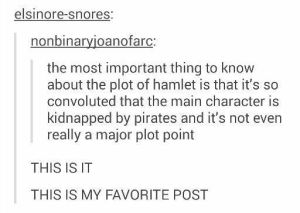 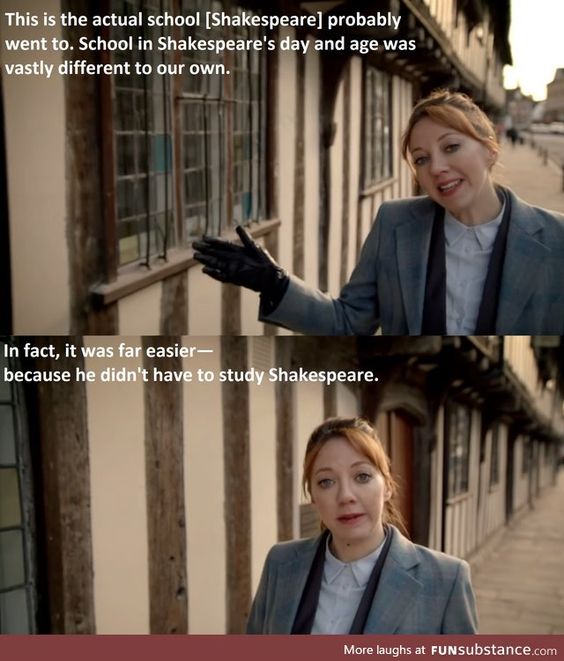 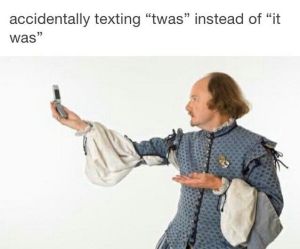 Which one do you think the best one? The You egg! Stab. and the tree branches are hilarious, and there’s also something about the dry humor of the Caesar salad one, but I’m going with Mercutio’s line because it would be so funny to use it in a normal conversation.
Have you read any of Shakespeare’s plays? I read parts of Julius Caesar and Romeo and Juliet last year and then did the same for Henry IV Part I this year.
Reading Shakespeare is kind of a sad experience because I know it’s good, but I still don’t really get what I’m reading. Like during R&J, thinking about all the threads of the plot made me both awestruck and jealous of Shakespeare, but that same feeling never appeared while I was actually reading. This quote from Fish in a Tree (AKA my third favorite book of all time) fits what I’m trying to say perfectly: “But I still can’t read it by myself. It’s like having a gift that’s locked in a glass box.” Am I right?
We also watched the movies of all three. For R&J, we watched the old 1968 version where the star-crossed lovers were actually teenagers, and the Henry IV adoption had Tom Hiddleston in it.

View all posts by Annie

This site uses Akismet to reduce spam. Learn how your comment data is processed.

– Would fangirl immensely upon meeting Atticus Finch, Baymax, or Abraham Lincoln
– Loves In-n-out
– Thinks it would quite funny if things were described as ‘extraterrestrial’ instead of ‘out of this world’
– Is partners in crime with Jonathan Shoe in real life and on the internet